If you are looking to buy a decent Smartphone under the price range of 40000 Rs, then you have come to the right page. Below we have compiled a list of 5 best Android smartphones. which you can buy under 40000 Rs. All the smartphones that we have listed below are new in the android market and are likely to get new software updates in the future. As far as gaming and performance are considered, these smartphones are capable of dealing with some of the most popular high-end games, so won’t have any trouble while running games on these smartphone. These are flagship phones so you can expect these phones to be exceptionally well in multitasking and memory management. Also, these smartphones got the best cameras in their price bracket. In short, they are the best Android smartphones you can get under 40000 Rs.

So let’s begin our list of best Android smartphones under 40000 Rs:- 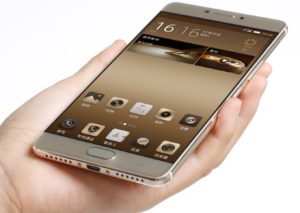 Gionee M6S Plus was launched back in April this year. The phone has a large 6.00-inch touchscreen display with a resolution of 1080 pixels by 1920 pixels. This phone is the successor of M6 plus with some minor changes. The processor remains the same, i.e. snapdragon 653 clocked at 1.95GHz. The ram has now been increased to 6GB compared to 4 GB on M6 plus. Storage has also been increased to 64 GB; there’s also a higher variant available with 256 GB of ram.

The Sony Xperia Z6 is yet to be released, but a lot of rumors regarding this Smartphone are already in talks. Users are expecting it to be another flagship killer from Sony. There are rumors that Xperia Z6 might be powered by new Snapdragon 820 chipset, which is excellent news for all those who are eagerly waiting for it.

Another great Smartphone from Samsung, the Samsung Galaxy A9 has got everything to be called a premium mid range phone. The Smartphone has a 6.00-inch panel, which is the main highlight of the device. The display is AMOLED with a resolution of 1080 pixels by 1920 pixels. A9’s interface is quite colorful and lively moreover it’s fast and not at all laggy. Talking about the processor, A9 has got a powerful Snapdragon 652 chip underneath which is fast enough for regular Android usage moreover capable of handling massive games.

ASUS Zenfone Max is the newest entry in the ASUS smartphones, which deserves to be on our list. The Smartphone has an averagely built design with the overall plastic body and metal buttons to the side. We have got a 5.5-inch TFT LCD (IPS) HD display sporting a resolution of 1280×720 pixels and a pixel density of 267 PPI. Underneath the Smartphone we get a Qualcomm Snapdragon 615 octa-core chipset with 2 GB ram and 32 GB of internal storage.

Blackberry has made a solid comeback with its new Smartphone which is better known as BlackBerry Priv. The Smartphone looks and feels a premium in hand. It is a flagship phone having Qualcomm Snapdragon 808 processor, with six CPU cores, 3GB of RAM, 32GB of storage with the option of up to 2TB more using a MicroSD card. The display measures 5.43 inches and has a resolution of 1440×2560 pixels.

So this completes our list of 5 best smartphones under 40000 Rs. If you have any suggestion or doubt regarding this list, you can tell us in the comment section below.