We are almost halfway through this year and we are already high on the array of sleek gadgets that have been launched. I’m sure the gadgets freaks are thrown off guard by the sudden drizzle of high technology consumer electronics and mobiles that have become a rave in the market. 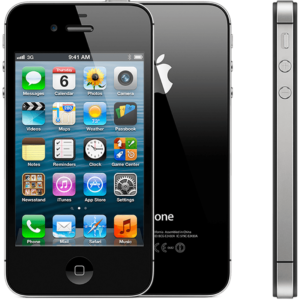 But when you think about the best gadget of this year nothing can beat Apple continues to rule hearts as well as the market. Apple denying ceding its position with iPhone 4S is quite successful in its endeavor. The reason behind its success being the number of application it holds in its apps store. Adding on to its credentials was the amazing retina display and a equally mind boggling battery life. Siri the iphone voice has clicked instantly with the buyers which is intelligent as well as funny. But iOS continues to be the crowning glory for the iPhone 4S.

the gadget that closely catches up with the gizmo giant iPhone 4S is The Galaxy S III that stands tall and proud in the second position. When The Galaxy S III was launched in the market it was addressed as the “iPhone killer”. As speculated by the industry expert Galaxy S III did give iPhone a run for its money but it could not dethrone iPhone from its position. It is hard wearing and comes with a huge screen along with a super fast broadband network which makes The Galaxy S III a hit. Plus features like “shake to make a call” and “turn over to stop ringing” has consolidated a huge fan following. Not to forget they are the Smartphones made for “humans”.

At the third spot Apple takes up the third position too in this list. This time it is for iPad. This year saw the launch of so many tabs but no could even touch the glory of iPad. With the Retina Display apple gives a very high screen resolution, with those crisp images everything comes alive on the iPad surface. Now all that is left is to see if Google Nexus or the upcoming Windows Surface tablet shaken iPad’s monopoly in the tablet business.

The fourth position is also taken up by an Apple product – iPad 2. Although a year old this continues to be on every gadget freaks favorite. All the credit goes to Tim Cook whose brain child was much ahead of the time. It’s a beast with a pixel resolution of 1024 by 768 and a super 10 hrs battery life on wi-fi. All these features come at a really affordable price.

If big is not the perfect thing for you then you can choose the 7 inch Samsung Galaxy Tab 2 over the 10 inch iPad 2 for Samsung Galaxy Tab 2 stands firm at our fifth position which is pretty high rated among the gadgets freaks. The vantage point of this product is its awesome hardware configuration. All the specification and features are worth every penny you spend on it.