Recently, a new ZTE smartphone with a model name NX563J was spotted on GeekBench revealing a powerful Snapdragon 835 chipset paired with 4GB of RAM. The phone was allegedly reported as ZTE Nubia Z17. But today another leak of the upcoming ZTE Nubia Z17 spotted online. It is the official page of the Nubia Z17 flaunting grey colored Z17 with vertical Dual rear camera setup accompanied with a dual tone LED flash and a fingerprint scanner. On the front, the display has no bezels on either sides of the phone. The Nubia Z17 has a curved display, reveals the leaked image. 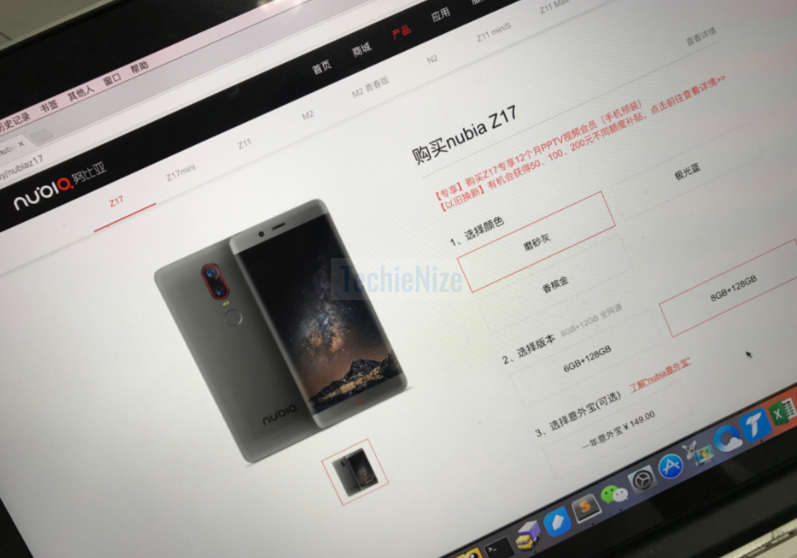 Availability of the device is still unknown. But this leak hints at imminent launch.