The Alcatel family is expanding. The brand is famous for its low cost smartphones that don’t compromise. Alcatel which is headed by TCL Corporation has silently launched its new Alcatel Flash smartphone. Alcatel Flash will only be available in a few selected countries across the Middle East and its pricing has yet not been revealed by the company. It will come in Titanium Grey color only. 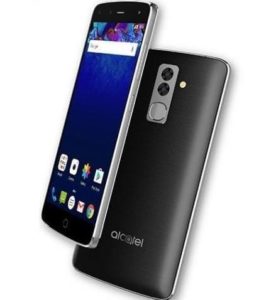 If you are a selfie enthusiast and want the same things you can do with your rear camera on the front one, then this phone is made for you. The feature standing out in the new Alcatel Flash is its dual camera setup on the rear which is comprised of two 13 megapixel Sony IMX258 sensors, with f/2.0 aperture and dual tone LED flash. The front panel also boasts a dual-camera setup with 8 megapixel and 5-megapixel sensors, one monochrome and the other colored. It allows for RAW images and gives users more control over picture editing.

The smartphone also comes with a portrait mode, selective photo coloring, Super Selfie Mode and Super Fine Modes for editing images. Using Android’s tons of photo editing apps available, one can unleash the potential of these cameras.  It also has a dual tone LED flashes at front and back. The smartphone is said to be the World’s first smartphone with Dual front and dual Rear Cameras.

Alcatel Flash rocks a 5.5-inch full HD (1280 x 1920) IPS display with Dragontrail Glass. It is powered by a 2.3 GHz decacore MediaTek Helio X20 MT6797 processor with the help of 3GB RAM.  The phone has 32 gigs of built-in storage and a memory card slot using which you can increase its memory by another 128 gigs via an external micro SD card. It has a rear-mounted fingerprint sensor on the back of the device, which is a popular trend followed by most of the OEM’s making Android devices.

Another stand out feature this phone’s hardware packs is its ten core processor. We will have to see how it performs while playing high end games. The only downside is its availability which seems to be limited to a couple of Middle Eastern countries, which is a shame considering the specs of the budget phone. We will have to wait and see whether Alcatel ever makes it available to other countries.