The Smartron srt.phone has been launched recently in India in two storage variants – 32GB and 64GB. The 32GB variant is priced at Rs 12999 and the other one is valued for Rs 13999. The phone will be sold exclusively on Flipkart. Today, a benchmark test of the phone on GFXBench has appeared revealing a 16GB storage variant as well. Two storage variants – 10GB and 54GB were spotted. RAM is 4GB. 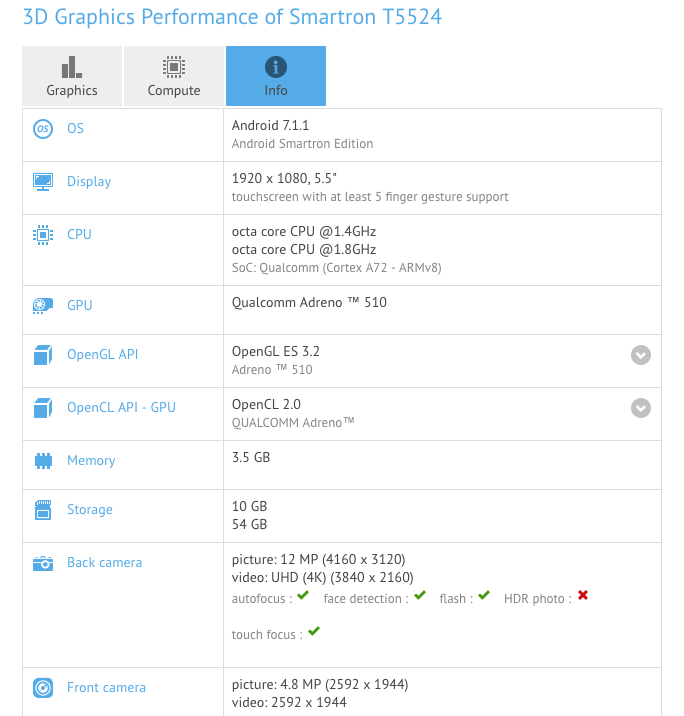 The GFXBench listing confirms all the specs of the phone we already aware of. The Smartron phone has a 5.5-inch Full HD display backed by an Octa core Snapdragon 652 chipset. Camera-wise, the phone flaunts a 13-megapixel rear camera capable of shooting 4K videos (revealed by the GFXBench listing). On the front, there is a 5-megapixel selfie camera. A 3000 mAh battery is fitted under the hood with fast charging feature. The phone runs on Android 7.1.1 Nougat.