Home
Android
Xiaomi Mi8 full specs sheet leaked ahead of its official launch
Xiaomi has recently announced that the Mi8 will be launched officially in China at an event on May 31, 2018. Several rumours and speculations around the phone have already been up online. Now, a fresh specs leak of the Xiaomi Mi8 has a different story to tell. As per the latest leak, the Mi8 will carry a 6.2-inch Full HD display with a resolution of 1080 x 2280 pixels. Previous leaks hinted the phone to sport a 6.01-inch display. 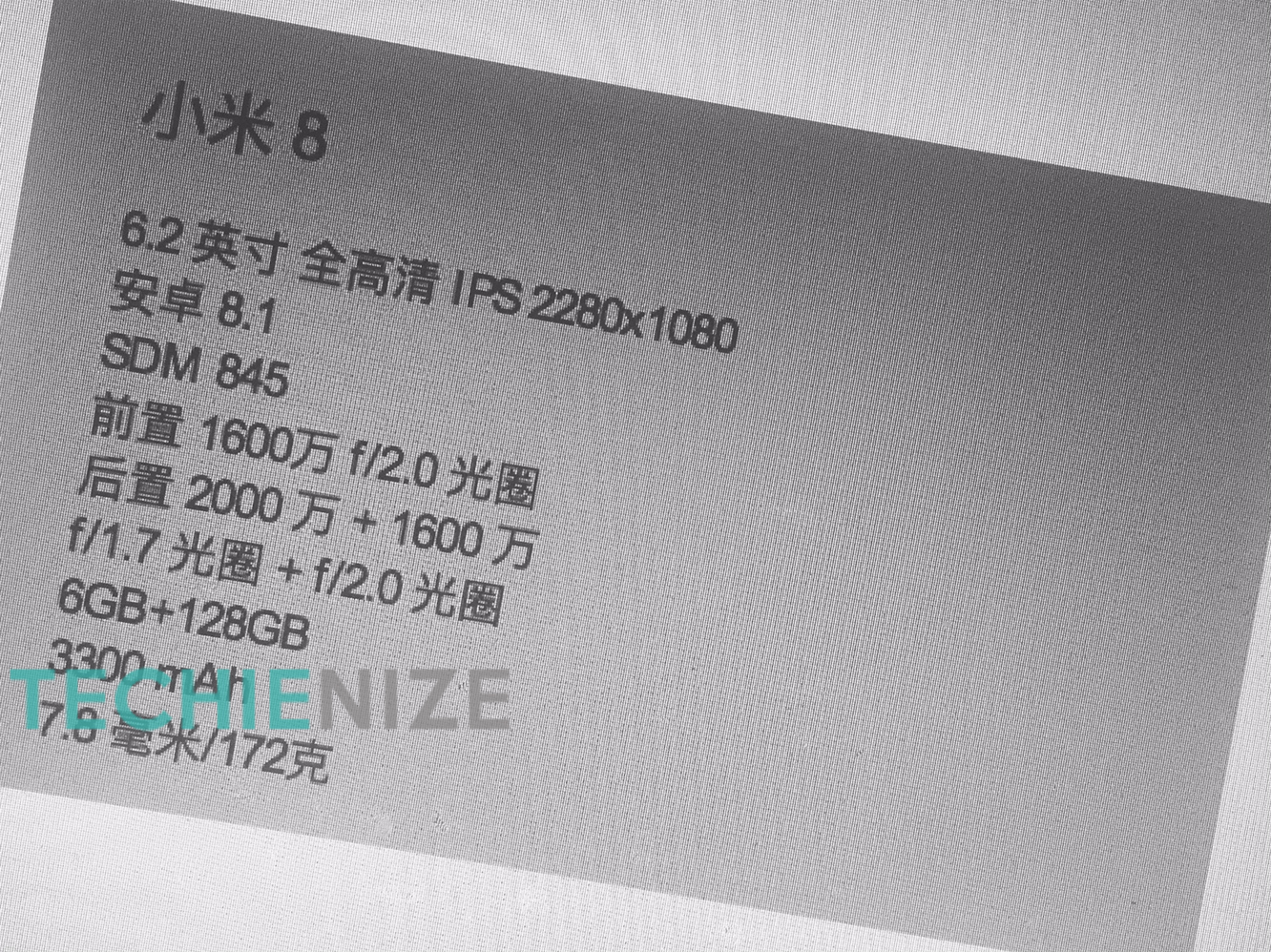 The Xiaomi flagship smartphone will be powered by Qualcomm Snapdragon 845 chipset coupled with 6GB of RAM and 128GB of internal storage. An 8GB RAM variant has also been speculated. In terms of cameras, the Xiaomi Mi8 will have a dual rear camera setup, reveals the specs sheet. The phone will have a 20-megapixel and 16-megapixel dual camera setup on the back. On the front, the phone will flaunt a 16-megapixel selfie snapper.
The leaked specs sheet has also put away all wraps about battery details. The Mi8 will be fuelled by a 3300 mAh battery. The smartphone will run on Android 8.1 Oreo.
Other details about the Xiaomi Mi8 that have been leaked in the latest specs sheet are its thickness and weight. The phone will weigh 172 grams and will be 7.8mm thin. You can trace your lost Xiaomi mobile at instantly.
Tweet Pin It