Home
Android
7 Alternatives To WhatsApp That Actually Respect Your Privacy

When it comes to messaging apps, WhatsApp is undoubtedly the most popular one and everyone’s favorite. But, ever since Facebook acquired it, there has been speculations and concerns regarding the privacy of the app. Facebook’s promise of keeping the user data private has not been kept. 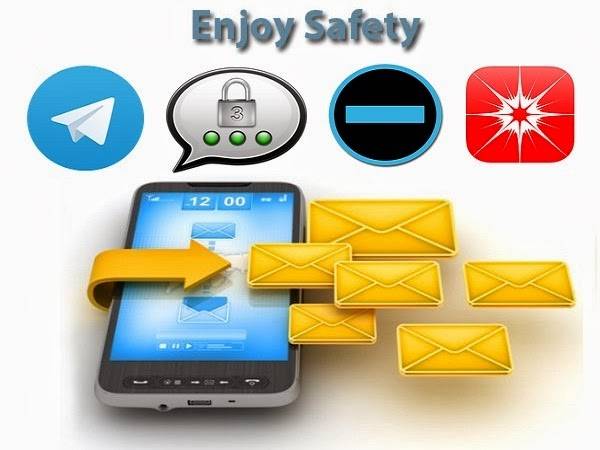 Although WhatsApp tried to improve the privacy factor by introducing end-to-end encryption, more and more people are looking for alternatives that respect their privacy. Are you one of them? If you are, then you’ve come to the right place. Let’s have a look at the 7 alternatives to WhatsApp that are more secure:

A privacy oriented and free messaging app, Wickr Me is very popular among journalists, business professionals, and world leaders who are very particular about keeping their business private. The app, which is available for both Android and iOS, uses end-to-end encryption along with a self-destructing feature for messages once they are read.

Wickr Me is similar to WhatsApp in a few ways such as using your phone number to log in and the presence of fun emojis and stickers. But that’s about it. Unlike WhatsApp, Wickrdoesn’t store metadata or your contacts on its servers, and the messages once deleted are irretrievable.

Heard of the instant messaging app – Line? Probably not because it’s not that popular. This Japanese developed messaging app, with a lot of powerful security features, is considered to be the biggest competitor of WhatsApp.

This helps keep the private conversation secret by allowing its users to delete texts, audio, and video files, using a self-destruction timer. Compared to WhatsApp, it uses fewer data during calls.

In terms of functionality, Telegram is very similar to WhatsApp, but the privacy feature is much better in the former. It includes secret chats that use end-to-end encryption, and its intended recipient can only read these messages.

A self-destruct timer is also available for these secret chats. In addition to functioning as a mobile app, Telegram can also be used on Mac, Windows, and even on Linux with their desktop app.

Signal Private Messenger is the private app developed by Open Source Systems, the company that supports the end-to-end encryption technology in Facebook and WhatsApp Messengers.

Compared to WhatsApp, Signal messenger offers many privacy features such as end-to-end encryption, screen security, self-destructing messages and encryption of calls, and backup of every data available.

Tox is another privacy oriented messenger app that supports all the chat related features. It encrypts every message, using open-source libraries which means your conversations can only be seen by the people you’re talking with.Tox has different apps intended for Android, iOS, Linux, Windows, and macOS.

Threema is an encrypted instant messaging app available for iOS, Android, and Windows Phone. It takes data privacy seriously by preventing unauthorized user data access and storing only the essential information on their servers, that too for a very short period of time.

Everything you do is encrypted, and the encrypted messages are deleted from the servers as soon as the recipient receives them.

Kontalk is a community-driven instant messaging app that offers end-to-end encryption. The great thing about this app is that it can be kept entirely on your own server and only you will be in control of the chat between you and the recipient.Kontalk is a free messenger that uses XMPP and OpenPGP encryption.

Want more privacy in your messaging apps? Try any of the apps mentioned here and see if it works for you. All these apps are available at Google Play Store. However, downloading apps without going to the Google Play Store can be done by installing Free APKs downloads.