Sony is all set to launch the new and premium smartphone Xperia XZs on April 4 in India. The company has already started sending out the invites to the people for the launch event. Sony Xperia XZs is actually a lighter and smaller variant of the already launched Xperia XZ. It’s quite disappointing to say, but this device doesn’t come up with a dual sim ability as most of the devices nowadays are offering dual sim feature. If you would like to know more about this device, then here are the pricing details and other essential details of this smartphone. 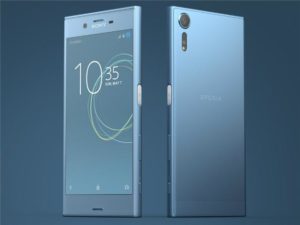 Well, as of now the pre-order for this device is live only in Malaysia. As per their prices. After the conversion, the price of this device would be around Rs 42,999 in India. However, this is just an expected price for this device; the actual price will be revealed by the company on the launch.

Sony Xperia XZs bears a 19 Megapixel camera on the back which is capable of recording videos with super slow motion and super wow expression. The front camera is a 13Megapixel shooter for taking selfies. Well, the device is clearly focused on photography and video recording.

Apart from that, the device features a 2,900 Mah battery which is quite low nowadays as most of the devices coming with 4,000 Mah battery life. So what’s your take on the pricing of this device? do let us know in the comment section.