Alcatel is establishing itself as a serious contender especially in the US where most of its phones release with wide carrier support. It has got nice customer base too and it pre-dominantly uses Android with Windows being a distant second. Their phones and tablets are pretty affordable too. 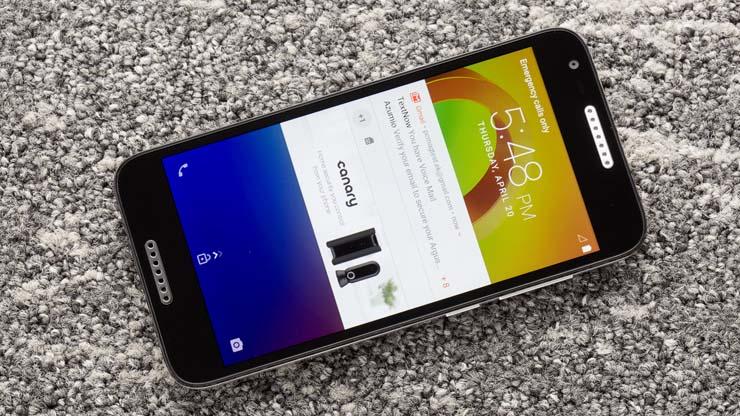 Alcatel has launched a new low-end budget tablet phone running on Android 7.0 Nougat OS, which is named as Alcatel A30. The tablet is made available to be T-Mobile exclusiveon both online and in stores across the US. The Alcatel A30 is priced at $125 which is approximately INR 8,041. A good bang for the buck case.

As far as expected specifications of Alcatel 30 tablet are concerned, it features an 8-inch (1280×800 pixels) IPS display with Asahi Dragontail glass protection and is powered by a 1.1GHz quad-core Qualcomm Snapdragon 210 processor. It will have a 2GB of RAM and 16GB of internal storage, which can be further expandable up to 32GB through microSD card. The tablet will run on Android Nougat operating system.

On the camera front, the Alcatel A30 will sport 5-megapixel front and rear camera. Besides, the tablet will offer SIM Slot that will support 4G LTE network and will come with all basic connectivity options like GPRS, 3G etc.

Alcatel is doubling this tablet as a TV remote:

The Alcatel A30 tablet also comes with Alcatel’s CloserTV app, which works with the IR-blaster. These two features combine to pair with your TV or set-top box allowing you to change channels, control the volume, and more with your tablet. There is a commercial skipping feature also that changes your channel during commercial breaks.

Alcatel is intentionally being coy about the specs, but it should immediately be clear that this is no high-end slate. Powered by an unspecified Qualcomm quad-core processor, the 8-inch tablet is no powerhouse. The 5 MP camera, both on the front and on the back, is probably going to be laughable Though the 4,000 mAh battery is no joking matter.

Alcatel is intentionally being shy about the specs, but it should immediately be clear that this is no high-end slate. Powered by an unspecified Qualcomm quad-core processor, the 8-inch tablet is no powerhouse. The 5 MP camera, both on the front and on the back, is probably going to be laughable these days.But the 4000 mAh will make up to it if you’re high on draining your battery.

The app brings together all your streaming services, cable TV, satellite TV under one roof. One exciting feature is that you can skip through the commercials by switching to some other content airing on the TV. This app has been tested to work on all the top satellite services and set top boxes. You will also have access to all the android features and some extra stuff as this is a tablet. You can play high end games and watch movies because that’s what tablets are for.