The new Samsung Galaxy S3 is finally here and has a number of great features making it one of the best Android phones available today. The much awaited phone is really being liked by the users and certainly has an upper hand when compared to its predecessors. However, despite all the features which Samsung Galaxy S3 has to offer, there are a few reasons why you should think twice before you buy this phone. 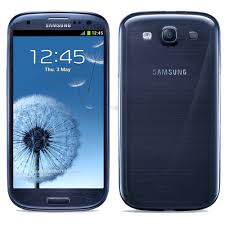 Not so appealing Camera

A number of users give camera a lot of importance when they are about to buy a Smartphone. The camera of Samsung Galaxy S 3 offers 8 MP resolution. This stands nowhere when compared to phones such as Nokia Pureview which offers a 40 MP camera. The camera feature is one of the major drawbacks about Samsung Galaxy S 3. It is definitely not the phone for you in case you expect your Smartphone to feature a great camera.

Undoubtedly Samsung Galaxy S 3 is a little overpriced. It costs around $700. Users willing to spend that amount on a Smartphone will certainly get better options such as the upcoming 5th Generation iPhone which is said to be a step ahead of Samsung Galaxy S 3. All those who were planning to buy a Samsung Galaxy S3 may change their minds owning to its extremely high price.

Samsung’s phones never fail to feature great displays.  Samsung Galaxy S 3 features HD Super AMOLED but it has switched to Pentile pixel matrix. The screen which is otherwise crystal clear has to suffer owing to this. Some users may not even notice this drawback. However if you are well aware about Touchphones then you are bound to be disappointed by it. Also a number of Galaxy fans were disappointed by the ‘extra large’ screen size. They thought that 4.3 inches screen was more than enough and increasing the screen size to 4.8 inches is not a very good idea after all. Since phones by Samsung are expected to feature amazing displays, Samsung Galaxy S 3 may fail to impress the users in this context.

S Voice is not all that good

The S Voice feature of Samsung Galaxy S3 is much talked about. However it is not as functional and efficient as the ads claim it to be. Those of you who were expecting a lot from this feature will certainly be disappointed.