Last year, Samsung launched a Galaxy J7 Prime which comes with only 16 GB of internet storage. Since 16GB is quite small; they have decided to launch the same smartphone with a huge amount internal storage space. The company has launched a 32 GB variant of Samsung Galaxy j7 Prime in India. As per the reports, the 32GB variant is priced at Rs 16,900 in India. a retailer (Mahesh Telecom) in Mumbai claims to offer the 32GB variant of Galaxy J7 Prime. Here is a quick specification recall of the newly launched 32GB variant Samsung Galaxy j7 Prime. 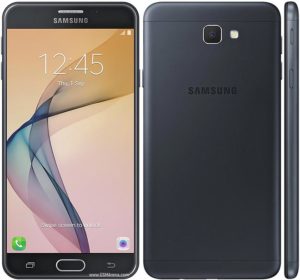 Samsung Galaxy J7 Prime comes with a 5.5 Inch screen-sized display with a resolution of 1080 x 1920 pixels. As far as the processor is concerned, the device is powered by an octa-core processor which is clocked at 1.5 Ghz. The processor of this device is paired with 3GB of ram and 32GB of internal storage. Well, it does support memory expansion using a MicroSD card.

As for the camera, Samsung Galaxy J7 Prime bears 13 Megapixel camera on the back with flash and an 8 Megapixel camera on the front for capturing selfies and video chatting. The device runs on android version 6.1 Marshmallow out of the box. It packs a 3,300 Mah battery which is said to last long for at least two days. Apart from that, the device also features a fingerprint sensor and other basic sensors. So, that it for now, do let us know your opinions regarding the pricing of the device in the comments section below.