It is one of the most important news for the Oppo mobile users. Yes, the Oppo R11 and R11 plus Android phones are going to launch on June 10 according to the source. As we all know that the mobile models have been already showcased on the Chinese website for the people. This amazing smartphone is ready unveiled with stupendous features and specifications. Already the craze about the phone among the Oppo users goes high as of now. Also, as a surprise package, the phone is getting with the release of a super cool feature. For more information regarding the features and specifications users can follow below. 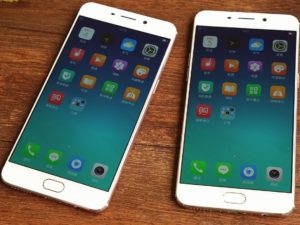 The Oppo Smartphones R11 and R11 Plus are officially announced by the team recently by telecasting a teaser for the phone. According to the source, in a recent interview by GizmoChina, Qualcomm is officially announced that both the R11 and R11 Plus phones will be featuring with Snapdragon 660 processor. Also, everyone knows that these well-packed camera phones teaser set to fire the market. Finally, it is ready for the official release as per the source in very few days.

One must admit that the features are always the important one to note before purchasing the product. In this case, Oppo R11 and R11 plus has the great feature like introducing the 16 megapixel and 20-megapixel dual cameras. However, the R11 mobile has targeted the users with the support of 2900mAh battery. When comes to R11 plus, display screen wise it is expected to launch around 6-inch High Definition display. It is also well packaged with the form of 3880mAh battery. Also, the specifications and features are expected to be the same in Oppo R11 Smartphones.

R11 and R11 plus Specifications

These are the both Smartphone devices will be available with the presence of Dual camera setup. This feature makes the users feel very happy. As per the source, Oppo R11 will be running mainly based on Android 7.1.1 Nougat which is not a regular version to use. The phone features with 5.5-inch High Definition display of 1080×1920 resolutions AMOLED display. For information, it is mainly powered by the octa-core Snapdragon 660 processor. The processor is coupled with the RAM of 4GB. Overall it is the package of 64GB of inbuilt memory that supports mainly with the external storage device through Memory SD card up to 128 GB which is huge as well.