Home
Android
Motorola One Power specs surfaced, reveals 6.2-inch FHD+ display, SDM636 chip
After getting leaked in some renders, Motorola upcoming device, One Power has been spotted again. This time, the specification sheet of the Motorola One Power has surfaced online, revealing that the device will flaunt a 6.2-inch Full HD+ display powered by Snapdragon 636 chipset. RAM is 4GB, while the storage space is 64GB, reveals the leaked image. Previous renders and real-live images have shown that the One Power will have a notch design, carrying selfie snapper and other necessary sensors.
Camera-wise, the phone will flaunt a dual rear camera setup, as leaked in the previous render images. The phone will sport a 12-megapixel and 5-megapixel lens with aperture f/1.8 and f/2.0 respectively. At front, the device will have an 8-megapixel selfie snapper. 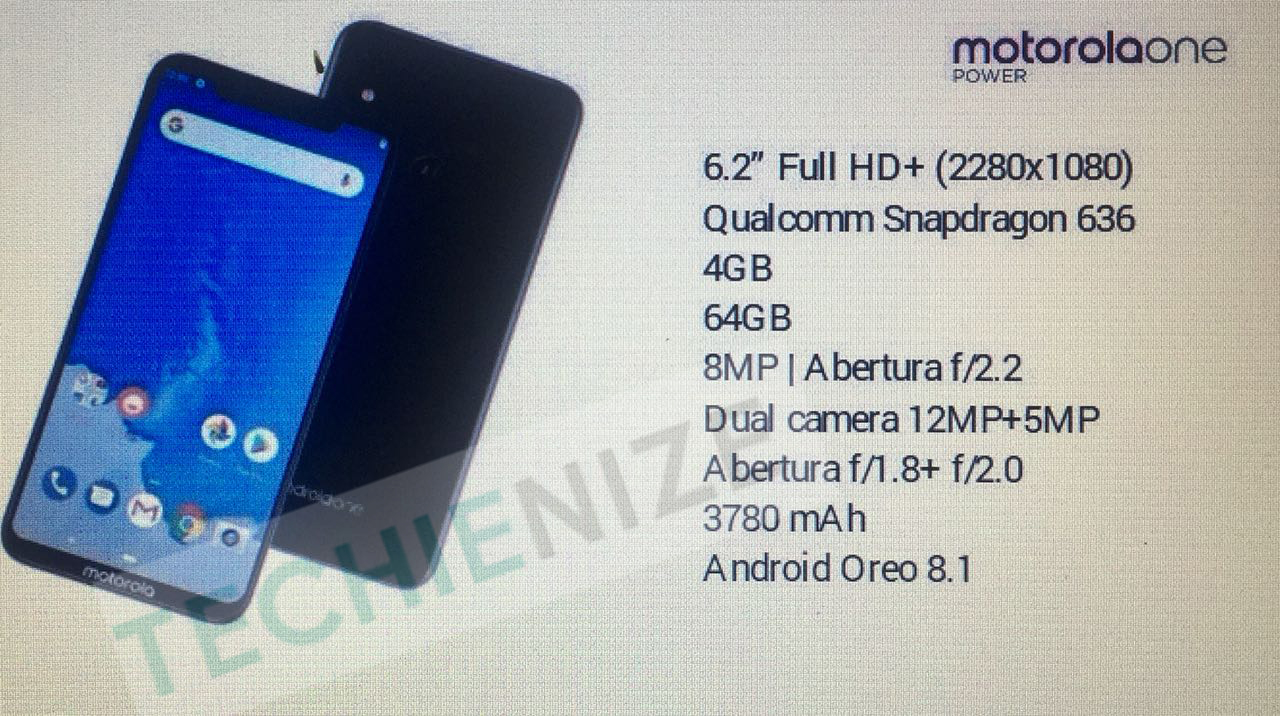 Motorola One Power will be fuelled by a 3780 mAh battery. The phone will support turbo charging. Lately, the phone has got certified on the 3C certification portal. Codenamed as XT1942, the 3C listing revealed that the device will support charging speeds – 5V/3A, 9V/2A and 12V/1.5A.
No details of the pricing and release date have been known at the moment. Considering all previous rumours and leaks, it is possible that the phone might get its launch event in the coming quarter.