It’s all too easy to find yourself stuck in a rut with mobile games, playing on and on for hours and end to raise your score in a game like Crossy Road or fight to rule the world in Clash of Clans. Finding a game you love playing is great but it can become something you do rather than something you enjoy doing if you play the same game for too long. Sometimes, you just have to see what’s out there and download something new to up the ante of enjoyment or just to give you a change of scene.

Here we make that choice easier for you with our Top 5 games. 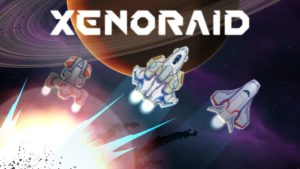 In fifth place is one of the best shoot ‘em up games on the market where you get the pilot not one but four spacecraft through an onslaught of enemies. There are some compelling and game-changing twists in the plot and you are able to switch between spacecraft to take advantage of the different capabilities each one has. You can choose to upgrade your craft and customize it to your preferences and so you might decide to build one craft to be adept at swerving enemies and another for you to load to the max with missiles for a more aggressive stance.

Although this is a relatively simplistic compared with other games, this is compensated for by the quality of the narrative. To The Moon is basically a point and click story that sits somewhere between being a game and an interactive storyline. To The Moon is set in the future and you are an employee of a company that has developed the technology to rewrite a person’s memories. From the start you are gripped by this compelling plot and as you go play, you get the chance to get inside the minds of other characters to relive and rework their memories.

Taking third position is this fantastic shoot ‘em up game where the action kicks in from the start and the storyline delivers an experience that feels like an epic space adventure. You have your own starship to navigate through a series of randomly-generated enemies and obstacles which you can upgrade as you fight from boss battle to boss battle. Something that makes Steredenn stand out from the rest is that there are some strange – almost weird- weapons involved like a short-range flamethrower or a boomerang of energy although in many ways, this just adds to the fun.

This game is set in the present time and has the premise that life-draining software has been developed by evil developers around the world, which has the ability to transfigure a person’s time and completely deplete their energy levels. SPACEPLAN is an incremental game that takes you through the storyline slowly, while building suspense. There’s something very wacky about this game that allows you to invent potato time travel or construct potato-based towers and when you understand that potatoes are considered currency, it still doesn’t make any sense. Nevertheless, it’s huge fun to play and has many qualities that make it very addicting.

Topping the charts is Final Fantasy which is an action-packed game based in an endless world where you can get completely lost in the hugely compelling storyline. This is the largest open-world MMO in the Final Fantasy series, giving the game limitless opportunities in terms of characters and the depth of storyline. In Final Fantasy XV, we see heir to the Lucian throne Noctis standing firm against some ground-shaking opposition as he seeks to protect the kingdom that is his birthright. The reason this game tops our charts is because throughout the game, there is some pretty spectacular action to get involved in, making for some very compelling gameplay.