All those who have been using an iPhone would have been overwhelmed with the various features that it has to offer but at the same time wish to increase the battery life of an iPhone. These phones might be more powerful and a greater deal of fun but it does have a weak point that gives it a back seat and that is its battery. It is in the case of the battery life that these phones do not excel in. 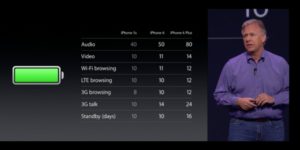 Any halfway exhaustive iPhone user would probably have to charge their phones in the interval of couple of days. Of course there are measures of conserving the iPhone battery life, but most of these ways require switching off services as well as features. That leaves behind the user with the choice of either the cool things that can be done by the iPhone or having substantial juice to get them done.