The Play Store’s “Designed for tablets” badge can be difficult to locate, especially if the only requirement for the label is that developers provide a huge screenshot in the app listing. We decided to put the apps through their paces for this roundup and see if they were genuinely suited for tablets. 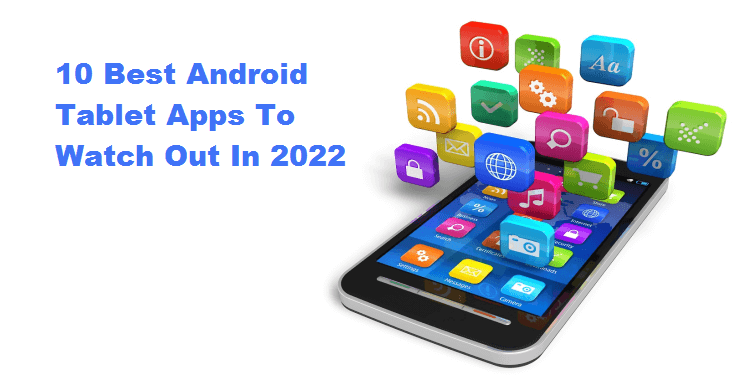 Some of the best tablet-optimized Android apps I’ve seen are those from Microsoft Office. Even if you don’t use Excel spreadsheets regularly, the apps have the same ‘Ribbon’ interface as the desktop versions. If you frequently use a keyboard with your tablet, you’ll find plenty of support for keyboard shortcuts as well.

As of 2020, Microsoft released new Office software that combines both PowerPoint, Word, and Excel. A problem with tablet compatibility with the new app has since been resolved. Even though it’s been incorporated, I don’t utilize the Office Lens scanner or the notes that sync with Windows 10. Microsoft 365, formerly known as Office 365, is required to create and modify documents, which is the one negative.

An excellent Android app for VLC, the cross-platform media player that can play just about any video or audio file ever generated. File browsing is built-in, and network drives can be seen. Picture-in-Picture functionality is also included.

There are modest changes to the interface for tablets, such as the addition of more columns in the file viewer, but most of your time will be spent watching media. For the first time in any media player I’ve used, tapping the spacebar on a keyboard properly pauses the video.

Google’s Gmail app is one of the last to receive a tablet-optimized layout. Gmail offers a two-column layout on wide displays, with your inbox on the left and the most recent message on the right. In addition, there are a few keyboard shortcuts that can be used to manage messages fast.

Aside from Gmail, Microsoft Outlook is an excellent email app for Android tablets, if you’re not a fan of it. You don’t have to change email addresses because it works with Outlook.com and third-party services like Gmail and Yahoo! Mail.

It’s a bit like Gmail on tablets, but there are a few changes. The list of accounts is always on the left, and the third column for inboxes/folders can be toggled by pressing the hamburger menu at the top-left.

One of the greatest Android note-taking apps I’ve used so far is MyScript Nebo. In addition to being able to type down your handwritten notes, it also allows you to insert pictures and other media into your notes, similar to Ever note and OneNote. It’s hard to believe how many options there are.

To use all of its functions, Nebo has one stipulation: You must have an Android tablet with an active stylus pen, such as the Galaxy Tab S6 or S6 Lite. Some of Nebo’s compatible models can be found here.

It is a pity that the conventional Twitter app does not have a tablet-friendly version. Using Twitter Lite, which is a simplified version of the Twitter web app, is a better choice. Even though it’s not a native Android app, it appears substantially better on tablet screens.

There are some places where Twitter Lite is not available through the Play Store; if you cannot download it, open twitter.com in your mobile browser and find the option to install it to your home screen (in Chrome, hit ‘Add to Home Screen’). If you allow notifications in Twitter’s settings, it’s exactly the same experience.

On Android, Google Duo is one of the greatest video conferencing apps, and it works as well on tablets and smartphones. However, you no longer need to provide a phone number when using Google on a tablet, which is great for those who don’t own a phone.

A sleek tablet interface is one of the few advantages of Solid Explorer, an outstanding file manager. Support for network drives and batch operations and interaction with a variety of cloud storage services are just a few of the features included in this application.

Moving files around on my Android devices isn’t something I often do, but if you do, I recommend giving Solid Explorer a shot. There is a 14-day trial period before the $1.99 in-app purchase is required.

Samsung Internet is one of the most popular web browsers on Android, and its tablet UI appears to be one of the best. Because Samsung is the only firm still making high-end Android tablets, this is not a surprise, but you don’t need a Galaxy Tab to use the browser-accessible it’s on the Play Store for any device.

A few capabilities in Samsung Internet are not available in Google’s Chrome browser. The buttons can be rearranged, the dark theme can be activated on all web pages, and some add-ons can be installed. It is possible to hide tabs behind the tabs button to free up more vertical space.

Many Android devices use Gboard as their primary keyboard, and it offers a unique option for tablets: one-handed mode. The Gboard keyboard can be moved to a floating window by tapping the detachable keyboard icon in the toolbar. In one-handed mode, typing on a tablet is much easier if I swipe between letters rather than tap each one separately.

Android’s popularity is on the rise. After the most recent Android version release, tablet development for Android begins to pick up. It’s hard to deny that the new Tablets look great. As a result, an increasing number of people are investing in Tablets for various purposes. Because of this, companies are turning to Android tablet app development to reach a broader audience. Android Tablet application development services are available. We’ll create the most efficient and scalable apps for your business, full of innovative features that will have a lasting impact on how people use the apps. The entire user experience will be transformed. Get more insights about android tablet apps development by searching “Best Android Tablet Apps”