Android Oreo, hyped as the best version of the android to be ever created, is finally here. Packed with tons of new features, ranging from revamped appearance to under-the-hood improvements, and many revolutionary changes, Oreo is all set to wow android users by changing the way their phones work and delivering a better user experience. 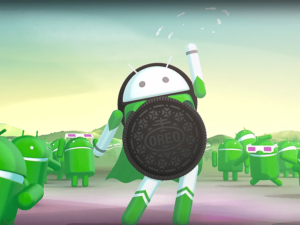 If you are not a Pixel or Nexus user, you may have to wait for a few months to get Android Oreo on your device. In this case, the best way to test Android Oreo is to install it on your PC and then Download Mobile Apps for PC.

Whether you are a Pixel/Nexus user or you are just curious about the different features of this new android version, here are 10 most amazing features and changes in Android Oreo that you should know about:

Reduced battery life has always been a concern for android users and Google has tried to make considerable improvements in this area by introducing new android iterations. For example, Google first introduced the doze mode in Marshmallow and this feature was put to better use when Nougat was released. Now, with the release of Android Oreo, further improvements are made in this feature whereby the doze mode works vigorously to restrict the background execution of apps and prevent them from draining your battery life.

Nexus and Pixel devices get a new camera app with Android Oreo which has a few small tweaks that will make you feel better while taking photos and videos. With this app, it is possible to zoom in 50 percent just by double-tapping the screen. Another handy feature of this app is that you can switch between photo and video modes just by tapping on the icons located next to the shutter button.

This is another great feature of Android Oreo that allows you to view apps in a split-screen window. You can watch your favourite videos in one window while doing other tasks like checking emails or browsing the internet. To support the new feature, you need to update the apps as well.

Turning off your Wi-Fi on Android Oreo will help you save battery as it prevents your phone from scanning for data access points throughout the day. But once you are back home, Oreo uses the location of your phone and will automatically turn on the Wi-Fi radio.

The new autofill feature of Android Oreo will drastically reduce the number of times you have to enter the same data on a touchscreen keyboard. This framework allows apps to generate and manage their own auto-fill data list, and then Android Oreo will fill this data into password fields as deemed fit. The autofill feature, by default, uses passwords from your Google account if you’ve saved them on Chrome or with Smart Lock.

Another awesome feature of Android Oreo is its ability to snooze individual notifications. Suppose you’re too busy to deal with a message when it comes through. All you have to do is swipe to the right and then tap the clock icon to snooze the notification. The message will disappear for 15 minutes and then reappear when the time is up. You also have the option to change the snooze length after snoozing a notification.

With Android Oreo, it’s easier to remove cached data and unwanted files as it organizes the storage under specific categories. When you select one of these categories, you will see a list of apps of that category which use up the storage space. From there, you can just eliminate the non-essential files and clear the cache.

This new feature is Android Oreo’s way of trying to fix an issue or a software bug automatically. It basically does this by applying a succession of escalating fixes whenever your phone reboots repetitively, or when an app crashes continuously.

The main change that was introduced in Android Oreo recently is the set of redesigned emojis. All blob-shaped smileys have been gotten rid of and more traditional rounded ones have been brought in. If you are a big fan of emojis, then you’ll definitely love the 50 newly introduced emojis.

These are just a few of the best features and changes implemented in Android Oreo. However, the list doesn’t end here. Android Oreo comes with a lot more changes, not just in functionality but also in design aspects. Have you installed Android Oreo yet? Let us know what you think about it!