Malware is a powerful threat that every Windows, Linux, macOS and other machines are affected. My computer had a minimum of 50 malware in the past because I was not careful back then. Over time, I understood the meaning of privacy and started taking care of my online activity and found different ways to prevent malware from entering.

In this information-based article, I want to educate average consumers on how they can prevent malware to attack computer, and mobile devices. Some of them might not be new to you but they are not well-known in our community and that’s why malware remained a powerful threat.

Many average consumers cannot afford to pay a few bucks on Netflix, Amazon Prime, Hulu, and other online media services. Most of the viewers choose to watch newly released episodes, movies and shows on free-to-use portals. I accessed one of the Anime websites, where I could watch episodes that are not available on Netflix, Cable, YouTube, and other places.

The free-to-use portal added 100+ threats to my Windows machine, and performance was affected very badly.

Even Go Go Anime added pop-up advertisements, so they could make enough money to support their projects. 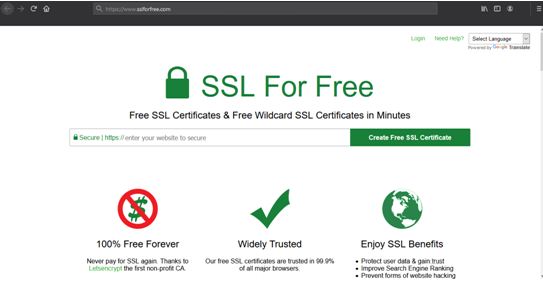 The webpage prompts the visitors/administrator to renew the certificate and it will open an iframe that provides legitimate URL. The new webpage contains malware that enters the computers and attacks the computer secretly by spreading malware.

Ransomware is a serious threat, where hackers are always targeting Police departments, Hospitals, Companies, Finance Companies, and others. Everyone wants to make quick money nowadays, and Ransomware is the result of it.

Ransomware is a Trojan + Malware that encrypts personal data in the Windows machines and hold it hostage. As a professional, I have personal files that I need to continue regular duties, and I could lose contracts if I don’t have it daily. Create a backup of personal files, and keep the antivirus system up-to-date.

Google reported that they are optimizing their services for mobile devices because 45.04% of the world’s population operates the internet via a smartphone. In short, 3.5 billion own an Android or an iPhone and 4.54 billion people have access to the internet.

Of course, I’m not talking about every single registered program available in the market. However, you have to research about the program reputation online because even registered solutions can compromise your privacy. Most of the Chinese products spend plenty of capital on the advertisements and do not fall for sponsored tutorials and reviews online.

Zoom Video-conference services had secret functions, where they were installing web-servers. Such activities were conducted by Malware in the past.

Do not approach solutions that you have found recently, and conduct in-depth research before installing them. Always keep security programs up-to-date and avoid visiting fishy websites, and that’s one way to keep you safe. Even anti-virus and security programs cannot protect you because they haven’t detected the threat in their reports yet.