From the beginning man had the impulse to create art. From the caves of Ajanta of India to Lux coax France is the most excellent examples of how man was drawn to art. However, the civilization advanced but the inclination towards art remained the same rather somewhat increased. And perhaps art is the only place where the old ways, the conventional methods are treated with full glory. Be it is art in the form of painting, performing arts in the form of dance, drama, singing, everywhere the old ways are considered as elegant and worshiped with sanctity. Things never changed with even somewhat more advanced form of art that celluloid, that is film making. Check South Indian Hindi Dubbed Movies list below.

What Makes a Film Altogether?

There are many directors whose name went down to history, for their excellence in the mastery of film making. Their cognitive quality had made them quite different from others, and each one is an example of their kind. However, we often wonder what a film is all about, but the answer leaves ample ambiguity. There can never be any definite answer to define any art. However,Film making can be described as an act of capturing fleeting moments and conveying a message or just another story.

Elements of a Film:

Certain things like a script, background score, cinematography, and last but not the least directorial excellence together makes a good motion picture. Despite all of these factors, vernacularism plays a significant role in any films. That is to say, any film which was made in a given language of a particular state but coveys a deep meaning, so to make it plausible cause for others to understand often subtitles are added. Subtitles are mostly in English, and it can be difficult at times to follow it along with the constant screen shifting. There comes the time when dubbing is required. Dubbing can be explained as synchronizing dialogues according to the movement of the lips with a language of any state or country so that people can understand the enigma of that film.

Crime thriller always chills the spine. It can be a perfect example of how the willing suspension of disbelief works. Vikram Vedha is a crime thriller, where the honest cop Vikram knows the clear demarcation between good and evil. His vision is just black and white and no greys. Vedha, on the other hand, is a gangster. Vikram accompanied by his partner Simon to capture vedha, and there comes the time when vedha persuades Vikram to change his life raising a big conflict. Both R. Madhwan and Sethupathi had given their life’s best performance. And it is a must watch. It is one of the South Indian Hindi Dubbed Movies. 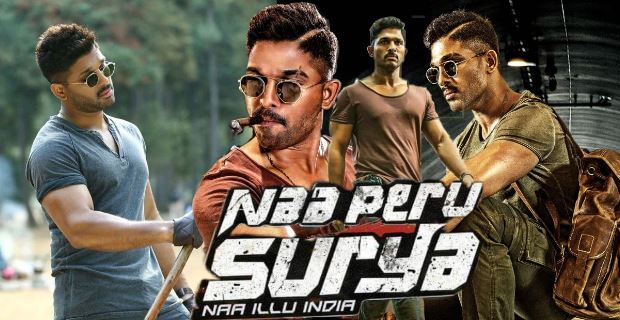 Naa Peru Surya, Naa Illu India (My name is Surya and My Home is India) is a south Indian action film starring Allu Arjun. The film is about Surya a military officer dealing with anger management issues, for which he is suspended from the military camp. Now he is need of a certificate from his alienated father. This film is about whether or not he will be able to prove his competence and join the army again. This a breathtaking film, is definitely going to captivate the heart with a brilliant performance.

If the stage is replaced by the film industry, the treatment of catharsis must be well carried away by the motion picture as well. That is why action thriller hit the cinema hall over and over again to stupefy the audience. Such was a case of Thani Qruvan, where Siddarth Abhimanyu is an influential scientist who deals with various illegitimate drug and medical practices. Mithran, on the other hand, is a dominant IPS officer who decides to expose him, and that leads a fight between good and evil. This is definitely a must watch the film.

The noir film was popularized in 1955, in France by French critics Raymond Borde and Étienne Chaumeton. What else could be best but a noir action thriller film, revising the taste of the 1940s. Mufti is a neo-noir film about an undercover cop who goes to a place that is captured by a don. After venturing into thedirtyworld risking his life a cop name Gana finally goes to a place called Ronapura to find barbarous don Bhairavi Ranagallu. This is a film balance tremendously between the edge and cliff.

A deceptive common man who is frustrated with over growing corruption develops a certain personality in order to punish the guilty. He does it by opening his website and inviting people to send their complaints. And thus, taking his action, Vikram delivers an excellent performance, the duality of this character was amazingly portrayed. This was named as Aprichit in Hindi.

This a psychological thriller, where Mahesh Babu plays the role of a rock star, must overcome his mental blockage, to plat revenge of his parent’s death. This made him nor being able to differentiate between his fantasy and reality. This has been dubbed in Hindi with a name “Ek Ka Dum”. This delivers a spine-chilling story, where the audience may fail to distinguish the illusion and reality.

This filmis about five principle characters. A terrorist threat put them in one place, and their story of each unifies them. This film has five protagonists altogether delivers a strong social message. Allu Arjun, Manoj Vajpayee gave a strong performance. This film was dubbed in Hindi as “Antim Faisla”.

Read More – Download TutuApp on your device to get more movie Apps free.